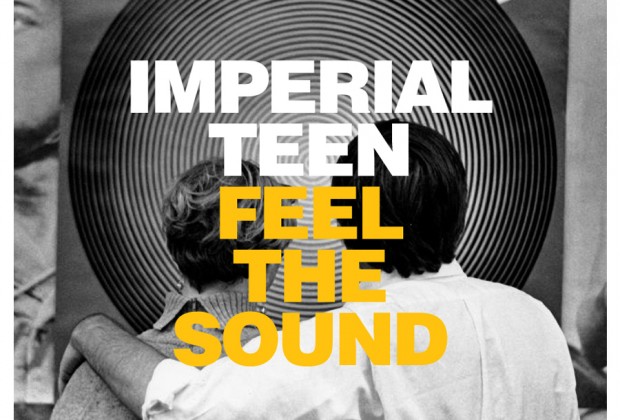 Last night I downloaded Imperial Teen’s upcoming release Feel the Sound. I was streaming their song Runaway from Soundcloud at the same time. After dropping the album into my iTunes, I watched the little iTunes Match icons disappear as each song loaded into the cloud. I then picked up my iPhone, looked under artists in the music app and sure enough, Imperial Teen’s Runaway was there. I smiled and pressed play thinking that this would make a great iTunes commercial. Imperial Teen should really reach out to Apple on this one.

Feel the Sound is the fifth release from Imperial Teen and will be available on January 31st, 2012 on Merge Records. Listen or download Runaway below.

The fifth album by Imperial Teen, Feel the Sound, succeeds completely at its goal, plainly stated in the collection’s title. Like the sharpest pop music, Feel the Sound gets you to keep coming back for more, but unlike so much music today, it rewards you for doing so, giving you the experience of a fulfilled and yet still yearning, lively potential, one that will be further realized when the songs are performed live. From the exhilarating, propulsive “Runaway,” which features the entire band on lead vocals (how many other groups can make that claim?), to the expansive final statement of “Overtaken,” Roddy Bottum, Lynn Perko Truell, Will Schwartz, and Jone Stebbins feel the sound themselves and, in turn, make the listener feel it in ways immediate and pleasurable but also lasting and haunting.

ELO-like symphonic pop has become a touchstone for everyone from Justice to Cut Copy in recent years, but Feel the Sound makes it manifest through live instrumentation that possesses a Krautrock level of intuitive synchronicity and a desert island jukebox’s sense of fun. So many bands lose momentum and focus over time, but a little past its sweet sixteenth year of existence, Imperial Teen somehow grows both younger and wiser, connecting four characterful lives through creative friendship and deep trust, and forging a communal power that continues to grow stronger. Feel the sound of a one-of-a-kind group that’s never sounded more like itself.