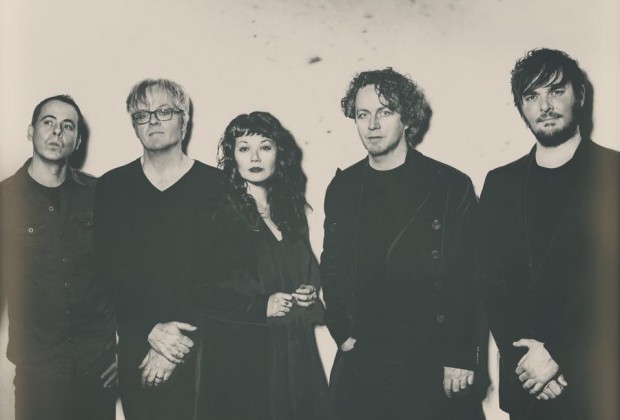 I first heard Winterpills in 2005 after reading about them in Magnet or Filter magazine. It was one of those perfectly written reviews that make you immediately want to buy the album, which I did. I was hooked.  All My Lovely Goners is the band’s latest and will be released on February 14th, 2012. Paired with a bottle of red wine, it will make a memorable Valentine’s Day gift. Winterpills have also just reached their goal in a Kickstarter campaign set out to “Vinylize the New Album.” There are still a few more days to contribute if you’d like.

“Amazing Sky” is the second track off of the new release All My Lovely Goners and is available as a free download or stream below.

The western Massachusetts band’s fifth release, due Feb. 14 on Signature Sounds, stretches well beyond Winterpills’ previous boundaries on thirteen new songs that are at once identifiable, yet broader. All My Lovely Goners embraces the hushed vocal harmonies and graceful chamber-pop sound the group has made its trademark, while pushing the quintet into new sonic realms. Together, singer/songwriter/guitarist Philip Price, singer/keyboardist Flora Reed, guitarist Dennis Crommett, bassist Brian Akey and drummer Dave Hower have essentially redefined the creative spirit of Winterpills.

It’s the album Winterpills has been working toward from the start. From the group’s origins one cold winter in 2004 as a song circle for heartache, the band has blossomed, releasing three full-length albums — a self-titled effort in 2005, The Light Divides in 2007, and Central Chambers in 2008 — and the 2010 EP Tuxedo of Ashes, which The New York Times praised for “elegant arrangements” of “songs that stay haunted.”