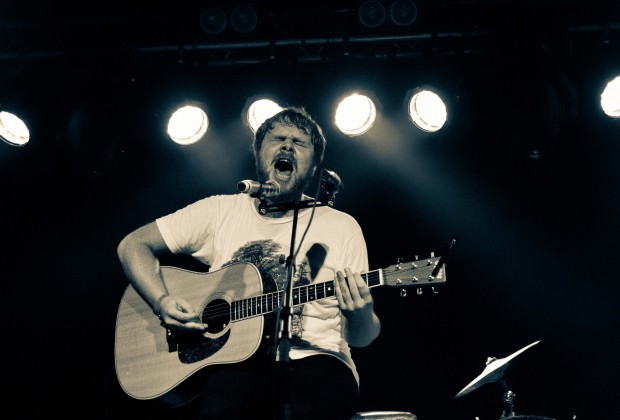 When attending South by Southwest, I usually have my week mapped out with an extensive list of bands to see. Even with a tight schedule, stumbling upon new music is almost always guaranteed. In 2007 I was at the Sub Pop showcase at Emo’s Lounge to see Tiny Vipers and happened to stick around afterwards. Loney Dear was on next and I’ve been a fan ever since. It’s been a number of years since that show and Emil Svanängen, the main voice behind Loney Dear is now on Polyvinyl Records. Although his latest release Hall Music came out in November 2011, I’ve finally had a chance to spend some time with it.

Name is the first track on the album and is available as a free download or stream below.

After debuting his new music video for Hall Music’s “Loney Blues” on Stereogum just yesterday, Loney Dear’s Emil Svanängen is on a roll and has been gearing up for his much-anticipated North American tour with of Montreal and Kishi Bashi. Starting Jan. 19, Svanängen will be taking Hall Music on the road to several select cities throughout Europe and North America.

The man behind the Loney Dear moniker has been keeping busy since the release of his latest album, Hall Music. Coincidentally released just as Tomas Tranströmer was awarded the winner of the Noble Prize in Literature, many have praised Loney Dear’s track “D Major,” which pays homage to the poet’s poem, C-Major. “I often read his poetry and very much like it, it’s very easy to just dive in,” Svanängen shares regarding his musical interpretations of Tranströmer’s poetry.

Described as “The Octopus” by Svanängen himself, Loney Dear’s one-man band has been receiving much acclaim for his ability to perform layers of instrumentation with nothing but his own hands and feet. Watch Loney Dear perform “My Heart” on The Line of Best Fit for a preview of what you can expect from his live show this Spring.