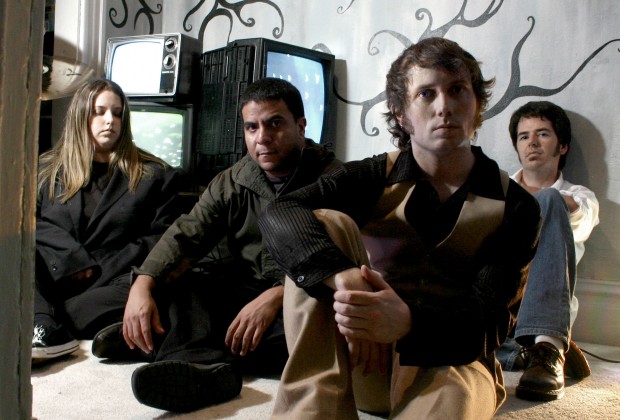 A Shoreline Dream takes a different approach on their latest release(s). Created as a concept album of sorts, the 333 EP Series is a reflection on the band’s lives, recorded in a three month time period, released once a month for three months during the course of spring 2012. Each disc plays a role to what was going on during these secluded sessions, which is ever-present while listening to them with ears open and eyes shut. The first EP Three is a trip to the sand dunes, the second, 3, takes place in their Barnum-based studio, and the final EP III was written with driving in mind, as each song is dedicated to the roads the band used to test their tracks.

Their latest single “103”, and the final epic song on the III EP, was written as a soundtrack to the drive up the highest paved road in North America, to the very top of Mt. Evans. As the group’s Ryan Policky explains, “this track was an experiment, and maybe one of our most unique songs, with our first song as A Shoreline Dream having a female influence. It’s a driving track that truly brings to mind driving.”

The 333 EP Limited Edition Box Set is a unique collection of songs available exclusively through toneVendor, with a quantity of only 100 pieces. The Box Set includes three custom digipak CDs, with each copy hand-numbered and signed by the band.