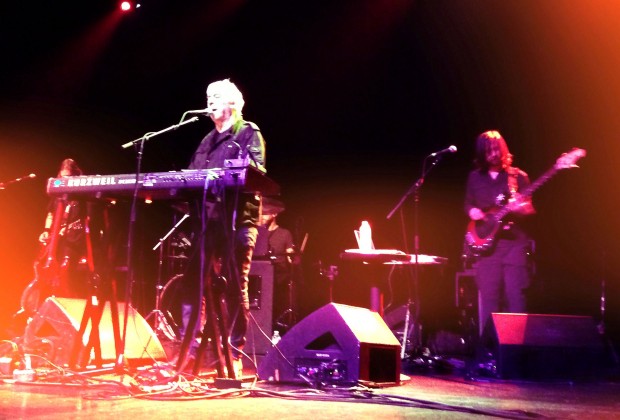 John Cale kicks off his West Coast tour tomorrow in support of his new album, Shifty Adventures In Nookie Wood  which is out now on Double Six Records. He’ll kick off the short tour in Portland, OR on Dec 4th with stops in Seattle on Dec 6th, San Francisco on Dec 9th, and Los Angeles on Dec 11th. Cass McCombs will be opening the show for John Cale during these West Coast dates. Humor Risk, McCombs 2011 release is an attempt at laughter instead of confusion, chaos instead of morality, or, as fellow Northern Californian Jack London said, “I would rather be ashes than dust!”.

Living With You is the third track from John Cale’s Shifty Adventures In Nookie Wood and is available from Double Six Records. You can stream it below.

Shifty Adventures in Nookie Wood is a title to set tongues wagging and minds wondering, but for an album that seems born of a return to John’s youth, it seems safely apt in its mischievousness.

Shifty Adventures in Nookie Wood is the result of sessions held at Cale’s LA studio. Days were spent experimenting with MPCs, pounding fists onto pianos, manipulating glitches and lots of signature viola drone while patiently waiting for songs to reveal themselves. There was also a spontaneous session with Danger Mouse to create the opening track, “I Wanna Talk 2 U.”

As a producer Cale has reached a new plateau on this record. At the albums most maximal, it feels like looking at a collection of precious stones. Myriads of differently colored and textured surfaces carefully placed together, each finding their own space to beckon the ear. It’s a blend of chaos and beauty in equal measure and a testament to the exploratory spirit at work which ensures there’s always something new to the ears on a John Cale record.