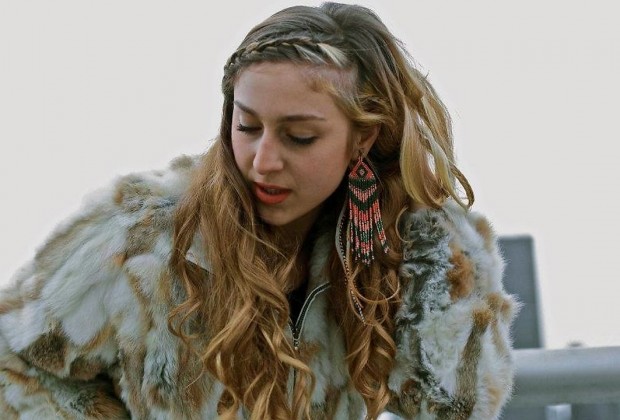 I’ve been trying to post some of the music that has come to me over the past few months. Lexie Roth, the daughter of Arlen Roth (legendary guitarist who has performed with everyone from Simon and Garfunkel to Bob Dylan) debuted her self-titled album earlier this year. This release consists of eleven original tracks written and performed by Lexie Roth on vocals and guitar with her dad as special guest on lead guitar. The album has drive with drum fills that will get stuck in your head, bass that chugs it along like a train and harmonies that will make your heart melt.

Stay Or Go is just one of the soothing, uncomplicated melodies on Lexie Roth. It is the second track from her latest album and is available for download or streaming below.

Roth has been playing music since she was eight years old. Just ten years later, her debut album One Long Blink was released and gained attention as far as Japan. Since then, she has appeared on two of her father’s albums, Toolin’ Around Woodstock featuring Levon Helm on drums and his previous album Landscape. Most recently, Lexie was featured on the track “Vaya Con Dios” on the brand new release of the Les Paul Tribute Album Thank You Les along side of Keith Richards, Jose Feliciano, Steve Miller, Slash, Billy Gibbons (ZZ Top), Eddie Brigati Jr. (The Young Rascals) and many other greats who played with Les Paul through the years.

The “Stay Or Go” video is about the frantic restlessness of being in your early twenties and feeling constantly compelled to seek or forge an identity and a life; it’s about the struggle of being just one person wanting to experience, see, taste, meet, be everything and everyone at once. It is about the dichotomy of living between two radically different places. Roth has lived in Brooklyn since 2010 yet the rural island of Martha’s Vineyard is what she calls home. “I identify strongly with both existences and am constantly torn between the two, never fully satisfied by either inspired this video,” said Roth. Roth and director Joel W. Henderson did a beautiful job of depicting this coming of age story in the splicing of Brooklyn panoramas and Vineyard winding roads.