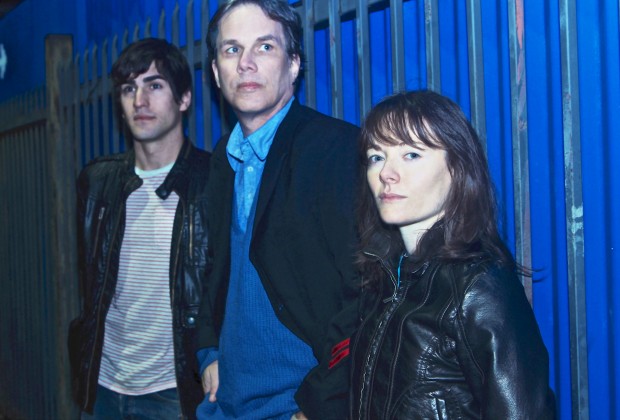 A couple of years ago I provided a testimonial for the book EXPERIENCED: Rock Music Tales of Fact & Fiction. It’s a great collection of short stories that explore the topsy-turvy world of rock ‘n’ roll. One of my favorite tales from the book was written by James Greer. He used to play bass for Guided by Voices and shares his experience of a trip to Los Angeles while the band was being courted by Warner Bros. Greer, along with Guylaine Vivarat and Chris Dunn have a new band called DTCV (formerly Détective). They head out for a short West Coast tour starting tomorrow and will be at SXSW in March.

Man Near the Surface of the Earth is the first track from “However Strange,” Détective’s first full-length album. You can stream or download the track below.

Named after the Jean-Luc Godard film, Los-Angeles based garage pop outfit Détective was formed in March 2012 by James Greer (ex-Guided By Voices, Roi, Complete Portion Contol, etc.), Guylaine Vivarat, an active member of the LA music scene (Useless Keys, 2 Hearts & Chemicals) and Chris Dunn from Chicago (the city).Détective has thus far released two EPs, Very Fallen World and Basket of Masks. A full length album, However Strange, was released in late August on cassette by Burger Records to coincide with a national tour opening for Guided By Voices in September. The group is currently working on an ambitious double album with Steve Kille of Dead Meadow, which we hope to release by March 2013.

“However Strange is a short, sweet and almost perfectly put together dose of listening that embraces a kind of lost meaning of ‘indie,’ less about neo-campfire singalongs and more about moody raveups and sweet-but-never-cloying contemplations.
– OC Weekly

“I love the lo-fi feel of the band’s first full-length, However Strange. It takes me back to the excitement of the first bands I ever saw in someone’s basement, at long-ago parties. There’s an obvious commitment to making pretty rock – the guitar sound sometimes reminds me of the Feelies and the Velvet Underground. At moments, especially those when Vivarat does the lead warbling, Detective ascends to swoon-inducing heights, as is the case with “Mouchette.”
– My Old Kentucky Blog

This post has been modified to reflect the new name of the band.