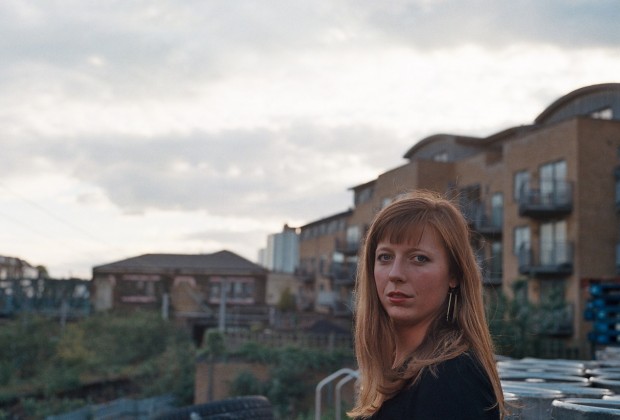 There are only a few weeks left until South by Southwest kicks off. As The Noise Room gears up for Austin, we’ll be sharing interviews and music from artists and panelists who will be presenting or performing at SXSW. Our first artist, San Francisco based Kacey Johansing, creates songs with meandering melodies, lush harmonies and moody aural landscapes. Weaving together elements of folk, jazz, pop and classical music, it sounds as if she spent years studying in old smoky theaters with icons Leonard Bernstein and Joni Mitchell directing the show, and The Beach Boys in the orchestra pit.

Enemy is the fifth track from he album “Grand Ghosts” which was just released today. You can stream or download the track below:

Grand Ghosts is an engulfing listen that evokes the wilderness of the California coastline that Kacey now calls home, as well as the isolated mountain towns in Colorado where she grew up. Sonically and thematically darker than her debut album Many Seasons (2010), Grand Ghosts grapples with loss, paying homage to loved ones who passed during the making of the record.  While Many Seasons reads more like a playbill, featuring a rotating cast of skilled friends and local musicians, Grand Ghosts was intended to capture the chemistry shared by the more permanent cast consisting of Johansing (electric guitar, piano, organ, vocals), Jeremy Harris (guitar, piano, vocals, and string arrangements), Robert Shelton (keyboards), James Riotto (bass), Ezra Lipp (drums), and Andrew Maguire (vibraphone, percussion).

Collaboration has proven to be a fundamental part of Johansing’s creative process. She has been a member of San Francisco groups Geographer and Honeycomb, and is a current member of the experimental folk duo Yesway. Johansing has shared the stage and contributed to projects with local talents Tune-Yards, Sean Hayes, Mirah and Thao Nguyen and has collaborated with French filmmaker Vincent Moon.