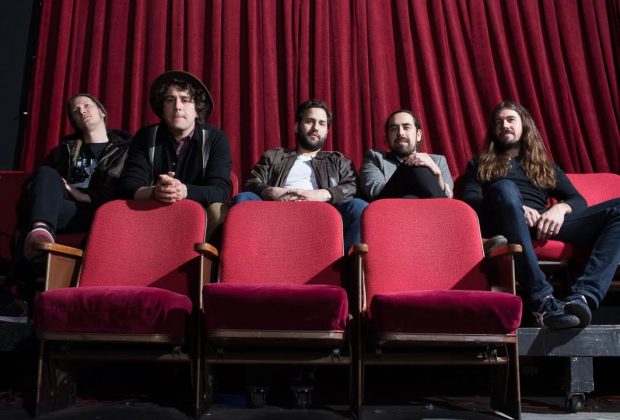 A few weeks ago I received an advance copy of “Don’t Dwell” by Star Parks which will be released on May 13, 2016 via Paper Trail Records. I’ve been playing it repeatedly and appreciate the spring-to-summer vibe of the album.

Star Parks is the Austin based project of Andy Bianculli, who started the band at the height of his last project The Preservation. Following a tour with Black Joe and the Honeybears and a stint at Austin City Limits, the Preservation decided to call it quits, and Bianculli started from scratch, creating a set of bittersweet tracks that would herald the beginning of Star Parks. For the new tracks, Bianculli enlisted two of his contemporaries, Tuscon’s Andrew Collberg and Louisiana musician Chris Stafford, and recorded in Collberg’s lo­fi analog studio in Tuscon, allowing the three to take risks and experiment with new sounds, instruments and influences.

We contacted Andy Bianculli via email and ask him a few questions about Star Parks and the new release:

Congratulations on your upcoming album “Don’t Dwell” due out in May. Can you give us a little background on how the album came together?

It was an album that came from the disintegration of my last band.  I had all these songs that were building up and I needed to get them out. I had an urgency to record them and in doing so probably alienated the rest of my band. But it started to feel unbearable to have all these songs and not have a way to get them out. It was the first time I decided to just go at it alone.

How did the recording of the album work? Do you have your own studio or did you record it elsewhere?

I recorded this record in 3 different studios but the majority of it was done in Lafayette, Louisiana at Staffland Studios with Chris Stafford engineering and Tucson, Arizona at Bad Liver Studios with Andrew Collberg engineering. We used a Tascam ms16 tape machine and recorded everything but a few overdubs onto 1 inch tape. The board at Bad Liver is a Yamaha m916 and we used Mojave 201’s and 57s for mics. Some of my favorite guitar tones on the record is just an old Harmony guitar plugged directly into the board. And luckily someone left a Mellotron m4000d at the studio that week and used used it pretty much on every track because it was so much fun.

I try to. I get very excited about the idea of being whatever band you want to be in a studio. I guess when it comes down to it, I hate loud guitar and cymbals. So I don’t want them in a studio muddling up all the space where much more interesting things could be. I think some of my favorite songs I’ve written were in the studio where I couldn’t overthink everything.  Songwriting and arranging is one thing. It’s best to know where a song is going and whats it’s all about. But the studio is what gives it all it’s style and texture.  I never liked really clean sounds but I hate distortion pedals and digital effects. So a studio can let you make something sound beautifully terrible without making it all metallic and binary. The best drum sound I’ve ever heard was when making a record in this basement of an office building in Oakland. It was late and no one else was in the building so we moved the whole kit into this huge freight elevator. So much reverb. It was perfect.

You cite a lot of great inspiration for this album, from Bill Fay to Harry Nilsson to Leonard Cohen. Please tell us about how music, whether a song, artist, album, or performance had a profound effect on you.

So many records have changed my life. When I was recording “Don’t Dwell” I was listening to Bill Fay’s “Time of the Last Persecution” and The High Llamas’ “Hawaii” constantly.  I feel like I am always going back to The Beach Boys ” Let’s go Away for a While” when trying to get certain tones out of guitars. But all the greatest records I’ve ever heard were made by Phil Spector.  I’ll never make one that sounds that good. No one will.  It’s sad to me that most people make records on laptops or without ever picking up an instrument. I mean it has it’s merits and a lot of great records were made that way. But the feeling of being in a studio around 6 or 7 musicians and pressing record and nailing it and having the microphones pick up the energy in that room is the best way to make a record. You realize how good Carol Kaye, Hal Blaine and the Wrecking Crew were right away once you try it. But now it’s too hard just to find a space to fit everyone in the same room. So we do what we can. If I had to pick two moments from all western music it would be the outro to Simon and Garfunkel’s “Only living boy in New York” and the horn melody from Leonard Cohen’s “True Love Leaves no Traces”.

We like to hear about gear at The Noise Room. Are there any key pieces of equipment that you must have for recording or playing live?

In a perfect world I would have a 66′ Fender Super and a nice 60’s Jazzmaster.  I don’t have any specific requirements. I wouldn’t part with my Gibson ES-335 for live shows but I rarely use it on recordings.

Speaking of live, I saw a video of you performing “Theoretical Girls” at SXSW with a full band. Who’s in the band, when or where did you meet, and what are you currently working on?

We’ve all played in different bands together in Austin over the years. They were the first people I called when I started getting the band together and it’s been the best band I’ve ever been in. Ben and I have played music together for almost 6 years so he knows all my tricks and all the songs I’m ripping off so he keeps me pretty honest.  Other bands I’ve been in have felt like spinning plates. Things could just crash around me or I’d crash. But everyone is so solid and I never even have to think about it. We’re making a new record now and everyone is putting ideas in and unless I bring a full song in it’s just 5 people in a room trying to make a song the best it can be which is the best way I think.

How does playing live compare to the songs on the album and how do you deal with replicating them on stage?

We’ve reworked and changed the key of almost every song on the record. Everything live is more lush and we’ve added bits here and there to keep it interesting for all of us. I think if all you have heard was the record the live show would seem drastically different. But only because I didn’t have all the fellas when I made the record.

What can we expect from Star Parks after the album comes out?

Well we just finished a new single at Good Danny’s Studio in Austin with Danny Reisch.  Danny plays with Shearwater and Other Lives when he isn’t running his studio in Austin. I think it’s the best thing we’ve ever done. So you can expect that and an EP soon enough.

Thanks so much for listening to the record and your interest. I hope I didn’t ramble on too much.