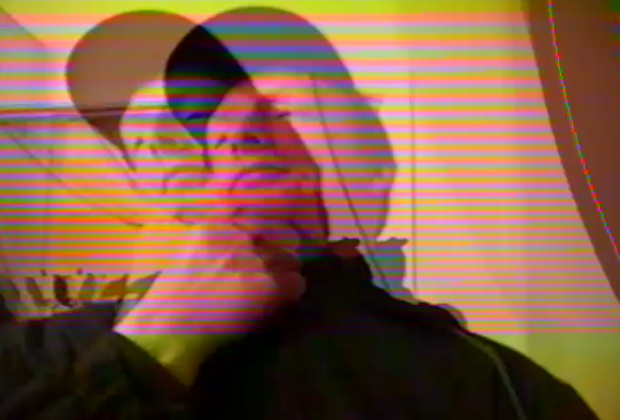 After playing in Makeout Videotape with Mac DeMarco, Alex Calder packed away his drums to perfect his songwriting. Moving back to his mother’s house, he was able to write and record his first solo efforts in 2013.

The Time EP was Calder’s first release on Captured Tracks, which he followed up with Strange Dreams – his full-length debut – in 2015. It brought the focus and ambition of Alex’s songwriting to all aspects of his music, delivering an incredibly personal and intimate album that feels mature while maintaining the youthful humor that has become his trademark.

Following the success of his debut LP, Alex Calder returns with a cassette release of home recordings and a handful of select tour dates along the east coast. Featuring the single, “Shaking My Years Away,” the 15 tracks on the release were recorded between 2013 – 2015, when Calder was in the midst of gaining huge momentum as a solo artist. BEND will be officially released on July 8, 2016.

We asked Alex a few questions via email:

Congratulations on your upcoming cassette release Bend. Can you give us a little background on the release?

Hey thanks! The tape is essentially just a collection of songs that never made it on to proper releases that I liked and always wanted to do something with. Some are unfinished, or early versions of other songs that have made it on to LP releases.

Did you play all of the instruments or did you work with others?

Yeah I played all of the instruments for the songs on this tape. Some of it is just left over drum tracks from other songs I’d worked on, so essentially like “sampling” myself on certain songs.

I understand you have your own home recording studio. Can you please tell us about it?

Haha I don’t know if I have much of a home recording studio anymore. I used to have a nice set up in the old place I lived with a bunch of music gear. But over time, I’ve had to sell a lot of my things from being a broke guy and have essentially downsized to an extremely minimal set up at this point. I think everything on the BEND release is digital. I mainly recorded all of it in Ableton with a few condenser mics and 57s. I was using a Roland DR80C for almost everything at one point. Like all the drums, all the guitars, etc. That was probably my favorite thing to use for a while. I keep it pretty simple in terms of recording on my own, and then I guess in the mixing process I can get a bit obsessive with making it sound a certain way.

Are there any key pieces of equipment that you must have for recording?

I guess that relates back to the last question. I think for a simple set up, having a decent condenser mic, an interface and a program can easily get the trick done if you’re willing to put the effort into making it sound half decent. I’m actually not super into putting the effort into making songs sound really crystal clear and recorded properly. It’s 100% laziness though. Maybe in the future I’ll get more into it.

Do you use the studio as a songwriting tool or is everything written before you start recording?

I definitely write songs at the same time I am recording them for the most part. But sometimes I hold on to certain songs or ideas and rerecord them. I will usually just have a little guitar idea or melody in my head and then just record that and keep working on the recording in that moment. It’s a pretty fast process, most of the time a song will be done with the first take of what I do.

I think cassette releases are cool. It’s kind of a good mid-point if you don’t want to (or can’t) shell out and buy somebody’s $25 vinyl at the show. I think it’s good because it’s an affordable way to get like a “physical copy” of something you like. I enjoy listening to tapes at home and I also usually enjoy grabbing a tape from a band I like if they have them. I think it’s also neat because it’s fairly easy for an artist to make tapes on their end as well. It’s not impossible to think like “cool I can make 50 or 100 tapes and have them at shows and people are gonna be into this”

Along with your new release, you’ve also announced a summer tour. Will you be performing solo or with other musicians?

Yeah we are touring with our friends Freak Heat Waves, so it should be pretty fun. We will be performing as a full band. I think as a five-piece for this tour as well, which I am excited about!

Are you more comfortable in the studio or on the stage?

That’s hard to say. I am definitely more comfortable in the “studio”, but if it’s a question of which one I like more…it definitely goes back and forth. Sometimes I really enjoy playing shows, and sometimes I get pretty nervous and anxious. Really little things can throw me off playing live, so I have to sorta be in a good mindframe to be confident live. I do enjoy touring, but not all the time. I also get pretty bored when I am at home. I am starting to notice this more and more as I get older. All of my friends are starting to get “real jobs” and dogs and really settling down haha, so I feel pretty out of touch with that world sometimes. It drives me kinda nuts, and I get the urge to want to go travel around and tour while I still have it in me before all I have left is conversation about how cute and funny my future dog is and my yearly wage.

What can we expect from you after the tour?

I am actually working on a new album in my friend’s real studio. We are hopefully going to have it done really soon. I think it’s almost there. So hopefully my label can put it out soon and we will do more touring. I think that’s about it for the near future.

Check out The Do-Over with Adam Sandler and David Spade now streaming on Netflix.