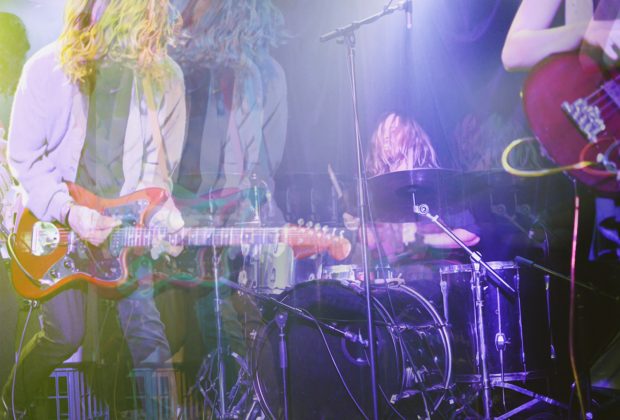 Formed in 2011 in Brunswick by school friends Brodie and Gemma, they played every show they could week in, week out in Melbourne’s bustling inner north to finesse their sound. Debut single Wavygravy (2013) perfectly set the scene by truly capturing the unhinged essence of a Flyying Colours show. But the recent addition of the impressive abilities of Andy on drums and Mel on bass have taken that unhingedness to undreamt-of-levels making the beautiful trip of their live show something to truly marvel.

No Fear of Pop: “It’s hard not to crush on the extensive, encircling sound of Melbourne’s Flyying Colours”

Sounds Better with Reverb: “Chances are that this tune from Flyying Colours is going to make a fan out of you…these guys are belting out a noise that instantly pricks people’s ears up.”