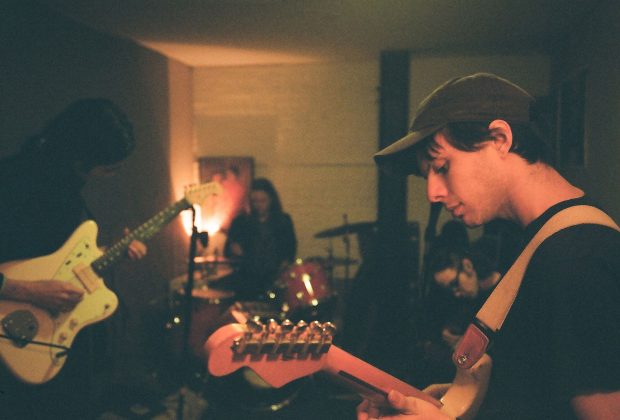 Brooklyn based Rips have quickly built a reputation amongst NYC showgoers, winning them over with their virtuous melodies and sheer ferocity amidst an endless flurry of shows. Their songs may channel late ’70s New York City bands like Television and The Feelies, but Rips propels these references into something new. Their self-titled debut, produced by Austin Brown of Parquet Courts, is eleven tracks of buzzing guitar riffs driven by a charged rhythm section, all set under lyrics that are actually worth a damn.

Rips will release their self-titled album on June 16, 2017 via Faux Discx. Take a listen to track seven, “Delay” below.


Rips (the record) takes cues from the moonlighting era of rock, while delivering a set of songs distinctly fit for the modern age. Once described as a “hyperreal rock n’ roll group,” the phrase “borne forward ceaselessly into the future” is more what they’re going for here.

So break an old habit. Let your hair down (or up). Rips will take you there.

In their review of “Malibu Entropy,” The FADER wrote:

“The song’s title is a perfect sum-up of its essence: part brooding surf rock, part neo-no wave. There’s some shoegazing white noise underneath the hook’s lofty sighs, too, which complicates the summery, psychedelic hues. It’s a theme song for the changing season, a vision of sunny Malibu as seen through the eyes of New York punks.”