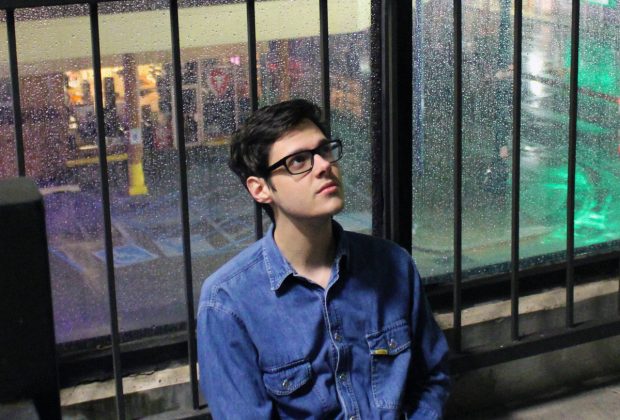 Stone Irr is the product of a special kind of Midwestern religious folk. Just start with the name: what seems like an obvious pun was, in fact, an honest mistake, and as soon as Stone‘s parents found out, they offered to take him to the Lafayette, Indiana courthouse and change it. He was already in middle school. True story.

His debut album is called Sinner. It’s a record about relationships – with a romantic partner, with god, with a complicated, conservative childhood. You hear it in tracks like “Wabash” and “In My Mind” – honest songs about the inane and tragic thoughts that come from trying to love someone. In “Lighted Room” and “Sinner” Stone speaks directly to former lovers and the divine.

Stone Irr will be releasing his debut album Sinner via local Bloomington label Darling Recordings on July 28, 2017. Below is the track “What I Do Best” from the new release.

Ultimately, through its turmoil, Sinner renders the listener vulnerable, and it’s Stone‘s voice that is most disarming. At its peak, a belted croon that bursts out of his small frame, but at other moments, and just as effortlessly, a controlled, focused whisper. His songwriting dips into the intimacy of early, Sufjan Stevens and the attractive brood of a Jeff Buckley album. The lyrics tapping into the open heart of The Antlers and doing the poetic work of early Elliott Smith. A start-to-finish listen is a ritual reminder of what laying yourself bare can yield: the possibility of loving and hurting, building and destroying, to be loud and to be soft. And this possibility is as intoxicating as it is terrifying.