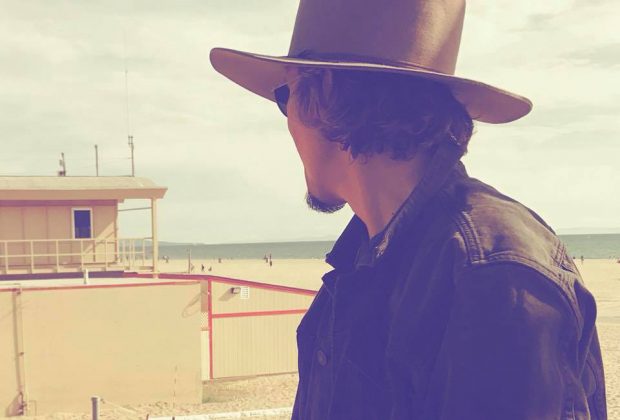 A little over a year ago we featured the track “The Lake Drowned Itself” from Prison Escapee. Today the Noise Room has the exclusive premiere of Forever Hold Your Peace, his latest release which will be released on November 17, 2017. You may preorder it below.

Prison Escapee is the moniker of Erik David Hidde located in Los Angeles, CA. After running the independent record label, Housewarming Records, out of New York from 2011-2013, Hidde has since decided to put all his focus into his original music. Inspired by equal parts post-rock, electronica, lo-fi field recordings, and film soundtracks.

Forever Hold Your Peace was recorded in Albany, NY and Los Angeles, CA dating back to 2014. “Not Enough Love” is the oldest song on the album and was written and recorded in New York and it’s the song where the moniker Prison Escapee was conceived. “The Bomb” is a very personal piece, and is about how Hidde and his brother used to make forts inside their childhood home out of pillows and blankets, and the song is dedicated to his brother.

Something striking about writing this album was that Hidde finished the song “Exits Exist” the day before his girlfriend at the time told him she was leaving, his brain didn’t expect it, but clearly his heart did. Another element worth noting is the guitar work performed by Hidde’s bandmate Christopher Morin of Capital Unknowns, there are some very powerful lead parts in “Born a Patriot”, “Care” and “No Gods Only God” to name a few. Overall this album like most of Hidde’s work is about childhood memories, lost love, and is closely related to his relationship with Jesus Christ.

All of his albums have been written, recorded, produced, and mixed in his living room. Hidde was raised in Fort Hunter, a hamlet located in upstate New York by a christian family, which is represented in his music. Fort Hunter is also a common subject in his music, which subject matter often includes reflecting back on his childhood. Other subject matter includes loss, which is centered around his close friend’s prison cell suicide. Hidde was brought up singing in his church, and all-county chorus in grade school.

The first music he ever produced was in college, and was part of his multimedia degree. It wasn’t good, but it brought something out in him and also filled a void. He then went on to record short looped songs using a digital camera microphone for his vocals, and later created original music dedicated to his late friend. He was also the lead singer of a five-piece rock band that often played in upstate New York. After years of writing, recording, and practicing production, he started Prison Escapee in 2015 and has since been releasing his melancholic, electronic rock songs.