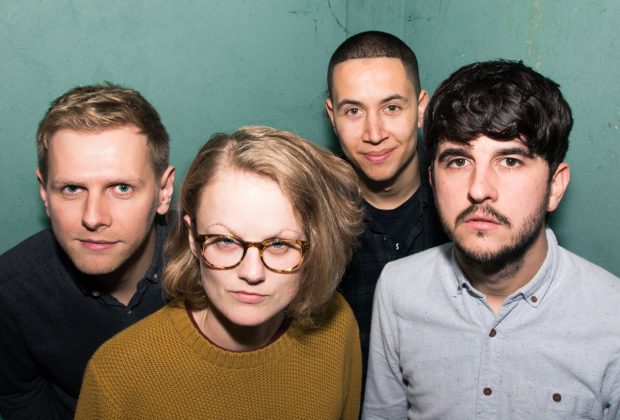 Welsh dream-pop outfit Kidsmoke share their urgent new single Rising Sun, the first from their upcoming album expected next year. The track is a pulsating psychedelic journey, spatially and sonically.

Produced by Bill Ryder-Jones and Russ Hayes, Rising Sun reveals a raw, driven and far-flung sound with an unwavering energy, with incorporating influences from My Bloody Valentine’s Suesfine. With lyrics of fortitude and resilience combined with dreamy vocals and harmonies, the band throwback to their indie heritage.

Both the music and lyrics showcase the strength of Kidsmoke’s sound: ‘The first two lines I wrote for Rising Sun were ‘I don’t want to follow’ and ‘I feel your love” describes frontman Lance Williams, ‘I wanted the song to be centered around those lyrics, so I started thinking about how they could be linked somehow. The song ended up being about pushing against what other people expect of you, even if that pressure is coming from the people you are closest to.’

The waves made by Kidsmoke’s shimmering brand of indie-pop do not stop in their native North Wales. With a sync-feature on Charlie Brooker’s Netflix series Black Mirror, they burst into 2018 with single Sister Sadness (named one of Steve Lamacq’s ‘6Music Recommends’ tracks of the year), were featured as The Sunday Times’ ‘Breaking Act’, supported Gaz Coombes and were invited by Robert Smith to play his Meltdown Festival in support of The Joy Formidable.

The band have spent the summer in the studio with long-time producer Russ Hayes, and recording with Bill Ryder-Jones, for their forthcoming debut album expected next year.