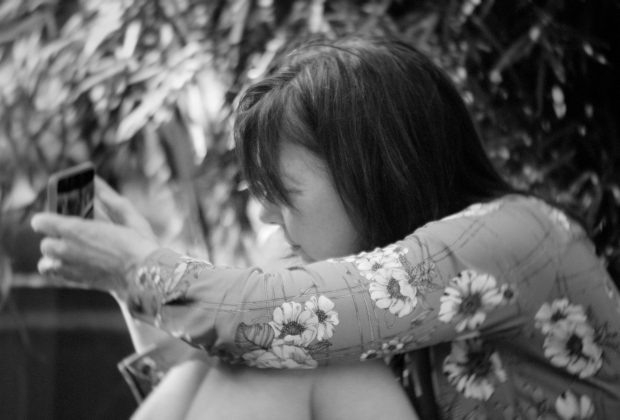 Suzy Callahan is an American singer-songwriter from Bethesda, Maryland who writes intimate, modern folk songs. Her soundscape incorporates psychedelia, country and indie pop. Her wry lyrics are delivered with a thick and creamy, dulce de leche voice that sounds both classic and new.

Her latest album Not Exactly Sad can be conceived as an awakening following the loss of her mother, and the grieving that takes you back from the edge of the universe. Mixed by Floyd Reitsma whose credits include Courtney Marie Andrews, it trades auto-tuned perfection for chemistry that can only come from decades of intimate collaboration. The result is 9 organically crafted songs, often sparse and stripped back, but full of soaring melody and heartfelt emotion.

The Noise Room chatted with Suzy via email about her new album and her songwriting.

Congratulations on your latest release Not Exactly Sad. How do you see this fitting in with your other work and what does it mean for the progression of your music?

Thank you! Two years ago I lost my mother. The shifting emotions and unease over unresolved feelings and unanswered questions were worked out in my previous album, where every song was about my mother, to some degree. The new album is an awakening following that period of grieving, where I was taken to the edge of the universe and back. Lyrically, my fall back is always hope, but I had to sob my guts out first.

You have a very deep catalog which is quite an accomplishment. What first inspired you to start making music?

Linda Ronstadt. In my teens in lived in the UK because my parents were language analysts for National Security Agency and transferred there, and I hooked up with a good acoustic guitar player and started doing Stone Poneys covers in pubs. I sounded a lot more like Linda back then. But I still think she is one of the greatest female voices of all time. I’ve gone through several style incarnations in my life, from the Romeo Void-ish 80’s girl-punk “I want to be a boy” to the Mazzy Star inspired, Kramer produced Devils Wielding Scimitars album “III”, to the self-recorded indie chamber folk I’m at now. But Linda was always there.

Some songwriters use the medium as a journal while others take a more observatory view. Where do you see yourself in that spectrum?

I think I’m a combination of both. Often they’re observations, like the unsettling “To a Child” that I feel the need to put down in a journalistic fashion. My lyrics are vivid snapshots of life – lived through feelings, senses and perceptions. The imagery, like ‘To a Child’, is very personal and emotional to me. It’s been written that there’s a melancholic vibe to my songs yet the melodies say something that the lyrics, in most cases, won’t say: we still hope. We still dream. We still believe in people and their hearts.

Suzy Callahan · To A Child

Is there one song on this release that stands out as important or as your personal favorite?

The title track is my favorite. That’s why I titled the album after it. It was the most personal to me. It’s basically an alt-country #MeToo version of “We Won’t Get Fooled Again”. Special shout to Scott and the Brian May-esque guitars at the end of “Adore” also.

Not Exactly Sad came out right in the heart of the pandemic and the stay-at-home orders. How did that impact your musical plans?

Greatly! We ended up with more time to finish the recording process (we’d already started before it hit), but had to record some of it in a tiny garden shed because everyone was home. ‘The Farmer’ is about the pandemic (duh) – it was the last song written.

Are you doing any live-stream performances and if so, how do you like that format?

I’ve never done it. I guess if I had enough online fans, it would make sense to do it. I think the format *can* be cool, but can also be, sometimes, painful to watch. Courtney Marie Andrews did one a few months back that I thought was great! I’ve seen a bunch by established artists, though, that bordered on cringe. I’m not sure why. It’s a weird format. But I like the way the fans can communicate and write in, in real-time.

Wear a mask!  And follow me on Spotify for God’s sake 🙂