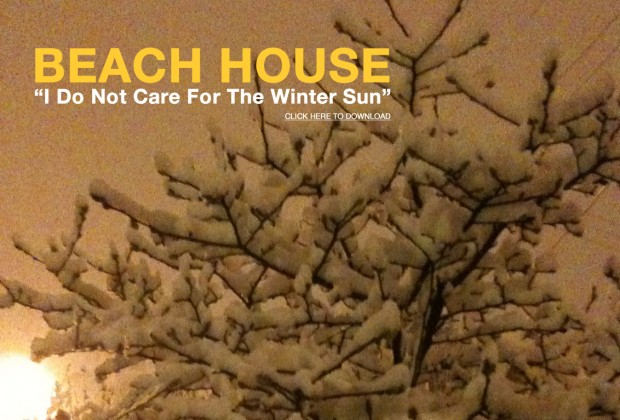 When Victoria Legrand and Alex Scally returned home to Baltimore last winter, they were worn thin from touring and travel. But deep inside them hot energies were incubating, ideas they had been whispering back and forth in the wake of their sophomore full-length, 2008’s Devotion.  By the following spring they began handing themselves over completely to those impulses, holing themselves up and exchanging ideas in a new, secluded practice space for dangerously long periods of time. As the songs that would become Teen Dream began to live, breathe and take shape, the duo was forced to leave much of their personal lives behind them. “We’re the same people, but this record has changed our directions,” Legrand muses. “We were forced to let go of people and things we were holding onto as individuals: normalcy, daily rituals, the ability to take care of ourselves. We were dropped into a wilderness, but we had more clarity than we’ve ever had before.”

Still driven to avoid distraction, the two marched further into isolation, to bottle up all those wild visions away from home. They packed up their lives and settled into a converted church in upstate New York with producer Chris Coady. For a month they continued the birthing process, sweating and pushing out sounds inside a cocoon of their very own weaving. “It wasn’t about arriving at a church and it revolutionizing a feeling,” Scally notes. “It was a continuation of what we were doing without disruption. Whenever something good happens, we look at each other and we know that was it. It’s instinctual and it’s private.” Through the course of a month, they chased down songs and dark rushes, the creative telepathy that Scally and Legrand share together taking a strangely physical hold. “There’s a different level of intimacy, a physicality on Teen Dream,” Legrand explains, pacing back and forth. “Rhythmically, there’s new motion. This record touches you. On your chest.”

I Do Not Care For The Winter Sun