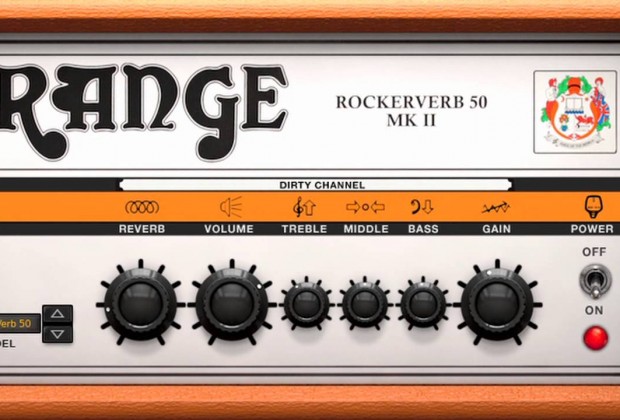 We’re currently working on a review of the new AmpliTube Orange for iPad and iRig PRO from IK Multimedia. In the meantime we wanted to let you know that today IK Multimedia announced a collaboration with Orange Amplification to kick off the exciting release of AmpliTube Orange for iPhone/iPad by giving musicians the chance to win over $2200 in hardware and software music creation prizes! Entries will be accepted on the IK Multimedia website through April 30th, 2014.

“We’ve been creating amp-modeling gear for over 12 years now and you have GOT to hear it to believe us when we say: this is the best one yet – AmpliTube Orange is a real-time mobile Orange amplifier and effects studio featuring digital models of 5 classic and modern Orange guitar amplifiers and one Orange bass amplifier. Each amp and cab model has been meticulously recreated, both visually and in sound to deliver spot-on Orange tone any time, everywhere.” says Davide Barbi the CTO IK Multimedia.

The Tiny Terror is an amp for both the studio and the stage; the original “Lunchbox” amp with more than 30,000 units sold. All valve, 15-watt portable guitar head. Featuring a unique two stage preamp which has a massive tonal range using just three controls. When driven, this little amp has almost as much gain as most four stage lead channels! The Tiny Terror puts a lot of high-priced, boutique amps to shame with its clean crunch to full on overdrive sounds. At mid gain settings this valve head has masses of vintage British character; the Tiny Terror has been built to the same rugged specification as the bigger Orange amps and its portability makes it perfect for gigging around town or rehearsing. The Tiny Terror switches from 15 to 7 watts for studio use and recording.

For a chance to win, please visit the IK website entry page. Entries will be accepted no later than April 30, 2014, midnight EST. Winners will randomly be selected on May 2, 2014 and IK Multimedia will notify the winner via email.