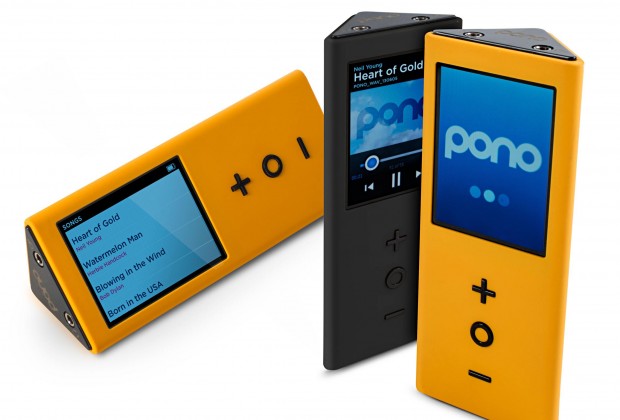 Neil Young’s music has been with me for as long as I remember. As a teen I would sneak out of the house to see the midnight showing of his Rust Never Sleeps movie. After moving to California in the 80’s, I’d catch some of his unannounced local shows and regularly attend his annual Bridge School benefit concerts. More recently my band Needle covered Helpless on our debut album. Neil’s latest project is Pono Music, a high-resolution music store and music player. In addition to being the founder and face of the company, he was just named CEO earlier this week. But in this age of ear buds and streaming services, is there room for something like this? And how do you move beyond the rabid Neil Young fans to create viable repeat customers who will make this a sustainable product and service?

I started looking at my own transition from analog to digital to see if Pono would be something that would work for me. The iPod was released in 2001 and I purchased one shortly after that. At the time most of my vinyl records and cassette tapes were being replaced by CDs. The convenience of having all of my music in the palm of my hand was too good to pass up. Years later, as vinyl made its resurgence and more artists released music that way, I picked up a new turntable and pulled out my old records. It was a joy to go back and hear music that way again. Not only did the older stuff sound great but newer material started to grab my attention in ways I hadn’t heard before. If you can combine the high quality sound with easy-to-use technology, I’m all for it and would embrace the format. Below are some ideas to make sure this can happen.

Content is King – From my understanding, music in the Pono ecosystem will come from studio master quality digital recordings and won’t be burned from your existing CD library. In addition to getting access to these master recordings from various labels, Pono needs to make it easy for new artists and studios to create and promote their work. Although Pono is not a new audio file format, plugins or presets that integrate with major Digital Audio Workstations such as Pro Tools and Logic should be developed so that studios of all sizes are able to export and sell their audio within the Pono store.

Price is No Object – At a list price of $399 for the player and an estimated cost of $14.99 to $24.99 per album, Pono is not inexpensive however that doesn’t matter. Throughout the history of technology people have spent more for quality. A good example is Blue-ray players and DVDs compared to standard ones. Many companies show that quality will sell at a higher price even if its often not justified. And if you look at Apple’s recent purchase of Beats by Dre, you’ll see that the valuation of a company is reflected in its reputation for quality.

Socialize It – By utilizing the Web and integrating a social aspect into the Pono player and store, music can be shared and promoted easily. Apple stumbled with Ping, their music social network and there is no need to reinvent the wheel. By broadcasting what you buy or are listening to on Twitter and Facebook, Pono can take advantage of the existing networks and subscribers.

Maximize Storage – In the late 90s I was talking with the CEO of eMusic who showed me an MP3 player about the size of a video cassette. At the time it held roughly 100 albums. Today media players can hold thousands of albums and songs or stream them from the web. According to the Pono website, the player will ship with a total of 128GB of storage which will hold between 800 and 5,000 tracks depending on the quality of your music files. People should be able to access their complete catalog on one device either through its hard drive or via the cloud.

Although the challenge of building a brand-new music ecosystem from scratch is a big undertaking, I feel there is room for Pono in the current landscape of the music industry. If they can create an easy-to-use system that has enough diverse content to please the masses, music fans and audiophiles should embrace the service. Pono’s Kickstarter campaign raised over $6 million however they must be careful not to let the bootstrap mentality prevent them from becoming the next big thing in music.