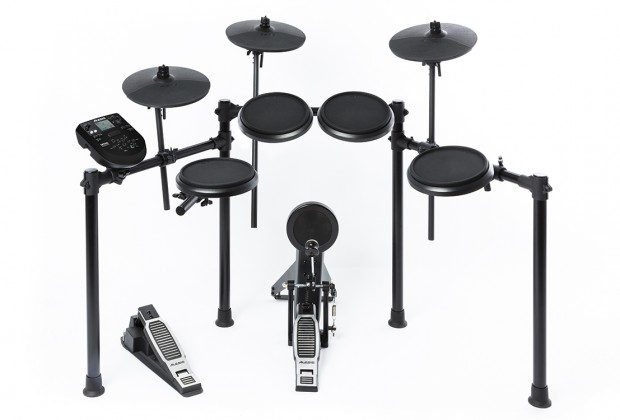 Over the past year I’ve been helping a friend record some demos. He would show up with a chord structure, some lyrics, and a basic idea for the direction for the song. We’d tap out a simple drum beat using the pads on my keyboard, add a rhythm guitar track, and drop in some scratch vocals. After we had the first rough tracks down, we would add more instruments, lay down better vocals, and massage the mix until the song started to take shape.

This process worked well however we wanted better drum tracks compared to the first ones we created. My studio isn’t very large nor can I justify purchasing a full acoustic drum kit but when a drummer friend of ours was in town, we wanted him play on the tracks. We decided to use an electric drum kit to trigger Superior Drummer 2 by Toontrack.

We rented a Roland TD-11K-S V-Drum Kit which has an MSRP of $1,199. After some initial trouble mapping it to Superior Drummer, we were able to get a number of tracks successfully recorded. The same day that I returned the rental kit Alesis announced their new Nitro Electronic Drum Kit, a complete electronic drum set with unprecedented performance at a surprisingly affordable price. At $299 MSRP, I knew I had to check it out. 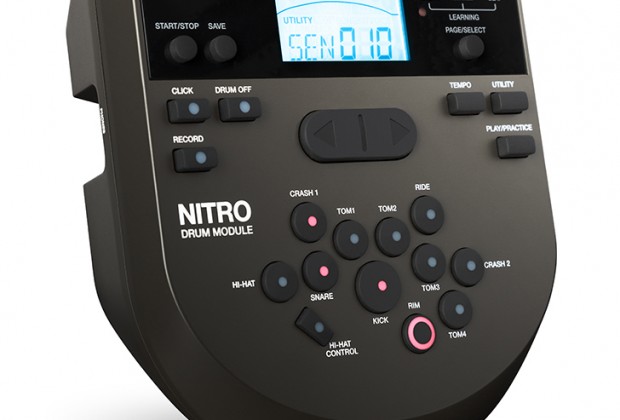 According to Alesis, the Nitro Electronic Drum Kit includes everything a drummer requires for playing without limits. It features four 8” high-quality rubber drum pads (one dual-zone snare, three single-zone toms) and three 10” cymbals (one ride, one hi-hat, and one crash with choke). It also comes with a 4-post aluminum rack, a kick pad tower with bass drum pedal, and the Nitro electronic drum module. Once set-up the kit feels very solid. Although I’m not a drummer, the kit is extremely adjustable and it was easy to position the pads and cymbals to my liking.

As with any electronic drum kit, the drum module is the key element. The Nitro electronic drum module features 40 ready-to-play classic and modern kits and 60 built-in play-along tracks. There is also a USB/MIDI connection for virtual instruments and recording software along with MIDI in and out ports that connect directly to stand-alone MIDI gear. Of course there are stereo line outputs that can connect to an amplifier or PA system and a headphone output for those times you need some quietness.

My first test after assembling the kit was to make sure that the pads and cymbals worked properly. They all did and soon I was trying out different kits stored in the module. From Classic Rock, to percussive, to electronic, the Nitro’s module sounds are realistic and users can edit and save their own kits. There is also a metronome for practicing that lets you know if you’re playing fast or slow. And finally there is an 1/8” Aux In that allows you to play along with your own music. I used both and had a blast thinking that the Nitro Electronic Drum Kit could actually help me become a better drummer.

My second test, and the one thats more important to me was to see how the Nitro Electronic Drum Kit would function as a MIDI controller. I connected the Nitro module to my Mac via USB, opened a session in Pro Tools, and launched Superior Drummer 2. After mapping the drum kit using the standard Alesis preset, the kit worked flawlessly and latency was minimal. I also opened up EZ Drummer 2 and had the same results.

For me, the Nitro Electronic Drum Kit is exactly what I’m looking for. It’s solid, plays well, and has features that go above and beyond what I need yet they are intriguing enough to explore more. And at a price of $299, the budget-minded musician really won’t find another kit that offers what the Nitro Electronic Drum Kit from Alesis does. Granted I’m not a drummer and I probably won’t play this kit everyday but this is a great addition to my home studio.