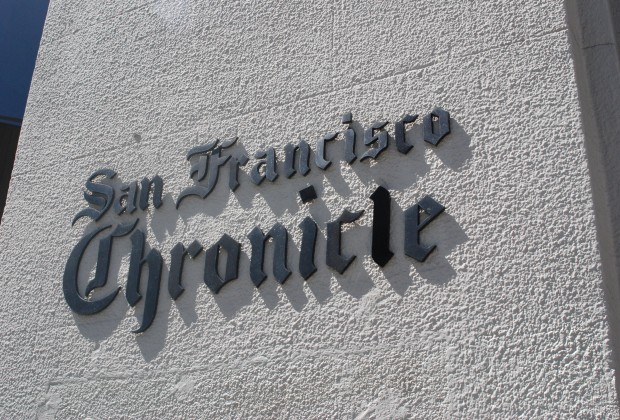 I don’t know if this is the case where you are, but the Bay Area’s major newspaper, the San Francisco Chronicle, is giving short shrift to the region’s pop music scene. It’s sad to see, as the Bay Area has spawned some of rock’s greatest bands over the years, from the Grateful Dead to the Tubes, from Metallica to Green Day.

One of my favorite columns in The Chronicle’s Sunday Datebook section was Pop Beat, written by Bill Picture. It provided up-to-date coverage on the Bay Area’s local bands and clubs, and kept die-hard music fans (like me) in the know concerning the present state of the San Francisco music scene. Not too long ago, in fact, Pop Beat wrote about my band, Needle.

So I recently wrote the paper to inquire about the column’s status, even offering to pen the column myself if that would bring about its return. Not surprisingly (I guess), I was informed that Pop Beat was a victim of The Chronicle’s recent downsizing measures since Bill Picture wasn’t a regular staff writer. So far it appears that no one “on staff” is going to pick up the slack.

Of course, alternative weeklies like the SF Weekly cater to rock enthusiasts and music goers, as do many online sites like The Bay Bridged. Still, their circulation and viewership is but a small fraction of the San Francisco Chronicle. So it’s hard to believe one of the world’s leading daily newspapers no longer “chronicles” the vibrancy of its region’s local music scene, especially one with such a storied history as here in San Francisco. I can’t imagine the same fate befalling cities like New York, Seattle and Austin, but hey, you never know these days. With media consolidation and newspapers running almost exclusively with an eye on the bottom line, some aspects of our lives just seem to get in the way. Like music and culture.