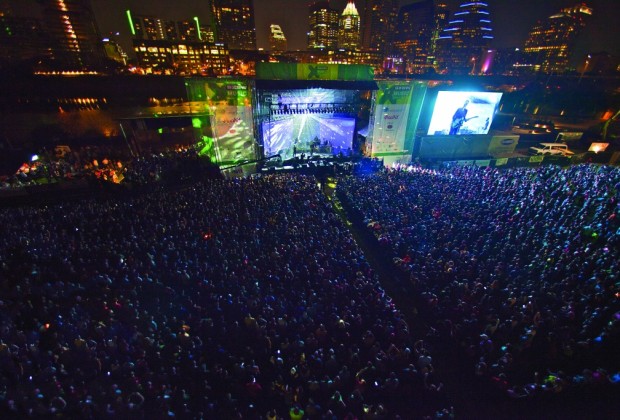 Well, I’ve recently returned from another stint of networking, partying and ear bleeding at SXSW (the only way to do Texas). As usual, the week was a blast. But as I took in dozens of bands in nearly as many venues, I thought about the pros and cons emerging bands must consider upon playing there.

Over the years I’ve recognized that a bit of luck comes into play as far as audiences go at SXSW. I’ve stumbled into the 6th Street clubs where a so-so band plays to a packed house simply because the “band” after them is a Hollywood actor/actress fronting a band or masquerading as a singer-songwriter. Alternatively, I’ve seen bands I following regularly, ones that are critically praised and perform at leading Bay Area rock venues, play before a smattering of only a dozen or two fans, and ignored completely by industry insiders.

So before agreeing to play at SXSW or a similar festival, and deciding to lug your band and its equipment into a van (where you’ll spend lots of time and gas money traversing America’s wide-open spaces), mull over a few things. Realize your set will likely be barely a half-hour and you’re unlikely to sell many CDs or merchandise there. And realize a mind-blowing number of 50 or so bands (some of them heavyweights, like this year’s gigs by REM and My Morning Jacket) are playing around town at the same exact time.

Still wanna do it? Then get on the phone fast, because you should plan to have your band play as many shows possible while you’re there. Give potential fans plenty of opportunities to come see and hear you. In particular, try to arrange additional performances during some of the popular and higher profile shows that occur during the day. These get buzz at the conferences among insiders and typically aren’t saturated by dozens of other shows occurring simultaneously. That means they’ll likely draw a good audience of serious music goers and industry pros.

As I mentioned earlier, you probably won’t sell many CDs at an industry festival like SXSW so consider giving them away to your new fans, the ones that actually stay and listen. One of the most memorable shows that I saw a few years back was from a band called Kitty Gordon. After a smokin’ set to a decent audience, they handed out CDs to everyone that stuck around. I’ve told a lot of people about them over the years and still smile when one of their songs pops up on my iPod.

And finally, enjoy the ride. If you rarely or never frequent that area of the country, take advantage of planning a tour around the festival by hitting popular locales along your extended drive. Meet new people and forge new ties. Go see music that inspires you. Sometimes things happen at events like SXSW that you’ll never expect. And that is almost always a good thing.