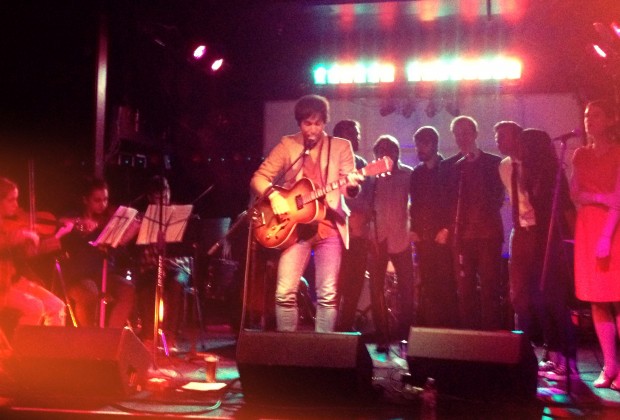 Miracle Parade began in 2010 as a studio experiment for The Everyday Visuals’ front man Christopher Pappas and has since evolved into a full-fledged alter ego for the singer/songwriter/multi-instrumentalist. After recording some bedroom demos, Miracle Parade caught the ear of Rilo Kiley’s bassist Pierre de Reeder, who then signed Miracle Parade to his label, Little Record Company. Christopher moved to Los Angeles and began working on his label debut with Pierre at the engineering helm. This debut album, “Hark!…And Other Lost Transmissions”, is due out on June 21st and features 11 songs all written and performed by Christopher Pappas.

From time to time I take shots with my iPhone and the Hipstamatic app. Here’s one of Miracle Parade performing with a nine piece choir and a string quartet at the Echo in Los Angeles. 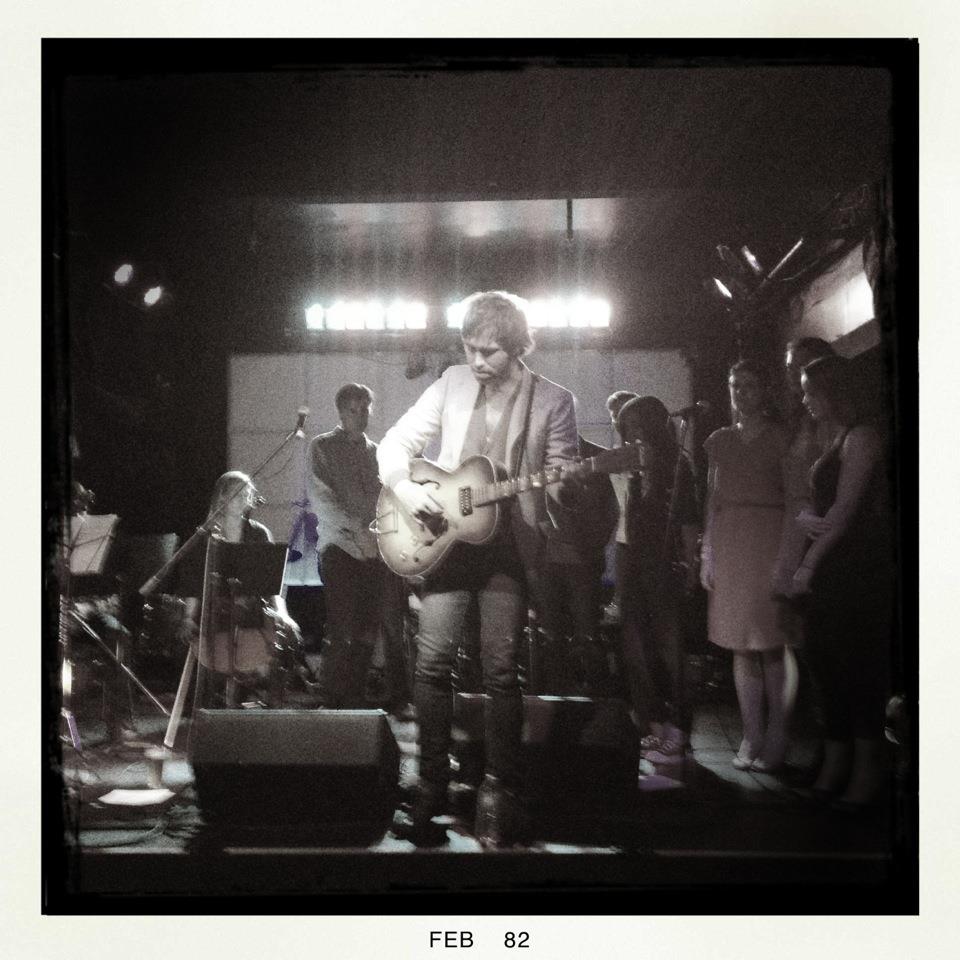