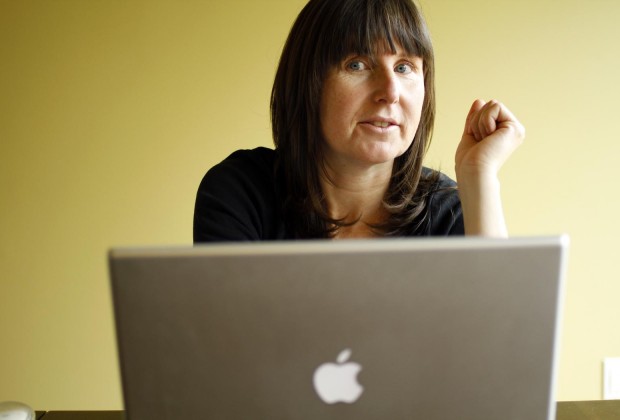 Kristin Thomson is a community organizer, social policy researcher, entrepreneur and musician. She is co-owner of Simple Machines, an independent record label, which released over seventy records and CDs from 1991-1998. She also played guitar in the band Tsunami, which released four albums from 1991-1997 and toured extensively.  In 2001, Kristin graduated with a Masters in Urban Affairs and Public Policy from the University of Delaware. She has been with the Future of Music Coalition since 2001 and has overseen project management, research and event programming, including Future of Music Policy Summits from 2002-2007. She currently lives near Philadelphia with her husband Bryan Dilworth, a concert promoter, and their son, where she also plays guitar in the lady-powered band, Ken.

Jean Cook is a performer, composer, session musician, and producer. She performs and records with Beauty Pill, Jon Langford, Ida/Elizabeth Mitchell, and His Name is Alive and has appeared as a violinist on over 50 recordings. She is the founder and executive producer for the nonprofit new music group Anti-Social Music. She has managed the finances of various nonprofits, bands and other musicians for over a decade and has a BA in sociology from Barnard College. She joined Future of Music Coalition in 2005.

Kristin will be moderating the Brass in Pocket: Accessing More Musician Income panel at South by Southwest on Thursday, March 15 from 1:30PM to 2:30PM in the Austin Convention Center, Room 17A. We asked her a few questions about the panel:

For the past 18 months, Jean Cook and I have been co-directing a multi-method, cross-genre research project called Artist Revenue Streams. We’ve been collecting data from US-based musicians and composers better understand the revenue streams they’re relying on in this changing music landscape.

For us, this project resonates with our shared history.  Jean is a trained violinist and performs frequently with a range of bands, from Jon Langford to Elizabeth Mitchell, to her own chamber music ensemble, Anti-Social Music. I co-own the indie record label Simple Machines and was in the indie rock band Tsunami. We’ve been witness to this crazy change in the landscape for musicians that’s happened over the past 15 years. We are constantly astounded by the tools and services that have been developed that have improved musicians’ access to the marketplace — from Tunecore to Spotify — but one thing is less clear; how have these changes in the music landscape impacted musicians’ ability to earn money?  The only way to figure this out is to ask musicians directly, and that’s what we’ve been doing with this Artist Revenue Streams project.

In addition to Jean Cook, other panelists include Ian Rogers from TopSpin, Sean Glover from SoundExchange, and David Kusek from Berklee College of Music. Each person brings something specific and unique to the conversation, with Topspin built to empower artists to be more self-sufficient, SoundExchange distributing digital performance royalties directly to thousands of musicians every quarter, and Berklee as a pre-eminent music school in the US. They each deal with musicians’ revenue streams from a slightly different angle, but they are each keen observers of what’s been going on, and have a lot to add to the conversation.

First, I think musicians often don’t know about what’s possible.  I was in a band and ran an indie label for a number of years, and we did fine just playing shows and selling merch, but the music industry is much bigger and more complex than that. For musicians who are interested in learning about other income opportunities, this panel will give them a good starting point.

Second, the data we’ll be presenting about will give musicians a sense of perspective, and a chance to understand how their own experiences relate to their musical peers.  I think we’re all curious about how other musicians operate, and this data gives musicians a window into the earning capacity of thousands of US-based musicians and composers.

For me, this research has been not only incredibly thrilling, but also very humbling. Before starting this, I thought I knew a decent amount about the US music scene.  But the music landscape is bigger, more diverse, and more specialized than I ever dreamed. Through the panel we hope that musicians take away some practical knowledge, but also a sense of the vastness of it all. SXSW is huge, and hundreds of bands play it, right? But there are thousands more musicians out there, making a living at their craft.  There’s pit orchestra players on Broadway,  session players in Nashville, folks who compose for cable TV, jazz composers…all “full time” musicians. And through this research we’ve learned a bit about how these specialized music communities operate; the challenges their facing, the ways they’re being strategic. I think it does musicians good to think beyond their genre or their scene once in a while so we can have a more nuanced picture of the music landscape.

Is there anything else that you’d like to add?

What we’re presenting at SXSW is one of about twelve Artist Revenue Stream reports that we’re releasing between now and June 2012.  Check out our website at money.futureofmusic.org to see more reports or to sign up for our project’s newsletter.

One thought on “Brass in Pocket: Accessing Musician Income with Kristin Thomson”