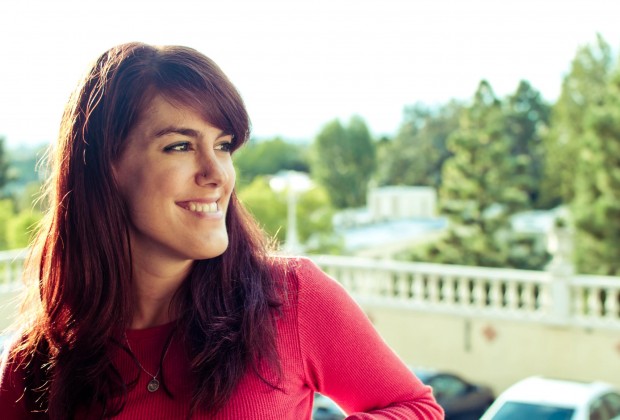 Amanda Krieg began her career in the music department at Lionsgate, first in Business and Legal Affairs, followed by Film Music and Television Music. There she worked on films such as The Winning Season and Warrior, and television projects that included Blue Mountain State (Spike), Running Wilde (Fox), Nurse Jackie (Showtime), Mad Men (AMC) and several pilots. After three years with the department, Amanda tackled the unscripted world at Reveille Studios. In addition to coordinating music on The Biggest Loser and MasterChef, she music supervised two cable television shows: Commercial Kings (IFC) and One Born Every Minute (Lifetime). Earlier this year Amanda made the transition back to films at leading music supervision, production and soundtrack company, Format Entertainment, as Music Coordinator for Julia Michels (The Big Year, Diary of a Wimpy Kid: Rodrick Rules, Alvin and the Chipmunks: Chipwrecked!, Sex And The City, What’s Your Number?). In addition to her roles at Lionsgate, Reveille and now Format, Amanda has also music supervised the films Moonshine Inc. and The Back-Up Bride and operates the music blog, Tadpole Audio.

She will be moderating the Music in TV Pilots: Sales Tool or Strategy? panel at South by Southwest on Friday, March 16 from 2:00PM to 3:00PM in the Austin Convention Center, Room 16AB. We asked Amanda a few questions about the panel:

While I work in film now, I spent most of 2010 and 2011 working in television music.  At Lionsgate I was the music coordinator on many pilots, and I found the way that each pilot differed in approach and process to be extremely fascinating.  My boss at Lionsgate had very thoughtful opinions on the subject, and yet I observed that these opinions were not universally agreed upon.  In fact, some professionals (producers, executives, other music supervisors) even believed the exact opposite.  Not many people consider the difficulties of creating a great pilot from a music perspective, and based on my experiences they were too unique not to bring to light.

Daryl Berg – Executive Director of Music at Reveille.  Scripted and unscripted television are extremely different, with different priorities.  A huge question mark in the pilot process has to do with show branding, something that plays a massive role in Reveille shows like The Biggest Loser and MasterChef.

Tony Von Pervieux – Director of Television Music at ABC.  Working on pilots from a studio perspective is challenging.  As an executive at a place as large at ABC, you are responsible for overseeing many different pilots at once – serving the creative vision while still keeping the company agenda in mind.  Hiring music supervisors, composers, budgeting…. As both a network and a studio, ABC works on a high volume of pilots each season.  How do you manage the volume, and does it affect music choices?  What is the relationship between an independent supervisor and a studio executive?

Alexandra Patsavas – Music Supervisor and Owner of Chop Shop Music.  Alex has been the music supervisor on many seminal television shows from day one – Gossip Girl, Chuck, The OC, Grey’s Anatomy.  As an independent supervisor she is hired by studios such as ABC (Grey’s Anatomy) to work on pilots and series.  Does that mean her priorities are different?  How much freedom does a supervisor get to inject their taste in a new show?

Phil Sgriccia – Executive Producer, Supernatural. Phil was actually recommended by Alexandra, who music supervises Supernatural.  Before he was producer, Phil was a TV editor for a long time and worked on many, many pilots.   Both as a producer and an editor he has been on the front lines of making decisions regarding music; pilots don’t always have music editors so the responsibility of placing songs and score cues falls to the picture editors, and the producer is the one with the final say.  As someone who has to keep in mind the big picture of a pilot more so than anyone else, Phil will bring a unique perspective on the role of music in pilots.

When it comes to pitching music for licensing, or connecting with music supervisors, it is hugely important for artists to be educated.  With resources like Variety, Deadline, and IMDb (or really just, the Internet) there is no excuse for not knowing at least a little background on a company, supervisor or particular project.  I can’t tell you how many times artists or companies have cold-emailed or called hard selling me on music not appropriate at all for what we were working on at the time.  I’m not saying don’t reach out to a music supervisor, I would just recommend doing so in a way that shows you’re aware there may not be a need for your music at that particular moment.  Arm yourself with as much knowledge as possible and I promise you will look better for it.

A greater understanding of an aspect of the behind the scenes process that I don’t think many artists or those pitching music really ever consider.  Or if they do consider it, they may not be aware of how specific and delicate the challenges are.  Also, I do not envy the job of those pitching music for film or television (whether artist or pitching company).  It’s like shooting at a moving target! You don’t know what the production or post production schedule looks like, or when a supervisor or studio will be looking for what.  And without an existing music template to reference, trying to pitch for a pilot is even harder.  Hopefully those attending the panel will learn at least a couple tricks to aim better.