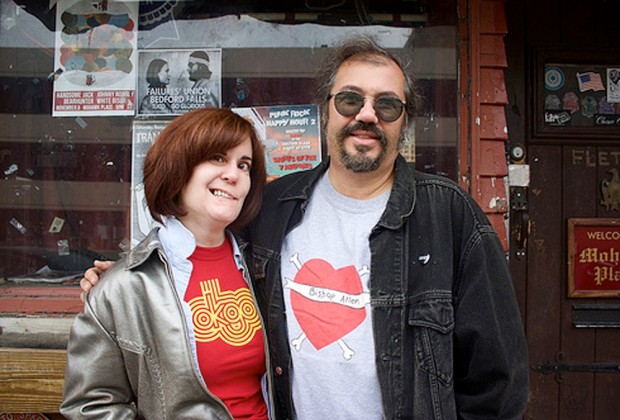 Susan Tanner has worked for various labels and in distribution since the late 1980’s.  Most recently, she has worked at Ani DiFranco’s Righteous Babe Records full-time until 2010, and is now consulting for them. Susan also consults with a few other artists in marketing and publicity, is a freelance writer and promoter, and presents a summer house concert series.

Susan will be moderating the Not Your Father’s House Concert panel at South by Southwest on Saturday, March 17 from 12:30PM to 1:30PM in the Austin Convention Center, Room 17B. We asked her a few questions about the panel:

My husband and I started a house concert series after we had a few discussions with artists who bemoaned the lack of listening rooms in Buffalo (my husband was a buyer at a local record store as well as a booker at a club in Buffalo).  And we were surprised that it was often not the typical folk artist who was wanting a quieter, listening room environment (although we have hosted them, too).  Its been a great opportunity to introduce our friends to artists we respect as well as to give the artists an outlet to present their music to a audience interested in hearing their work in a more intimate setting.

Louis Meyers, who is the executive director of Folk Alliance, has a vast musical background and has been involved in some of the legal issues surrounding house concerts.

Freedy Johnston, who is an established singer/songwriter, has started performing house concerts after establishing his career.

Don Barlett, who runs the No Door Agency and works with Joe Pug, a young artist who has performed many a house concert early in his career and used them as a stepping stone to larger venues.

KC Turner has the unique perspective of being a performer AND a presenter  – he’ll round out the panel.

House concerts may not immediately come to mind to musicians as a part of their touring plans, but they can been great opportunities to fill in a night between Chicago and Boston, to break in and develop a new market, or to test out new material. Not to mention the intimacy of playing in front of a small audience.

That the DIY spirit exists, even in presenting!  And I want people to turn to their friend and say, “Hey, we can do this, too!”

For me, I feel like the house concert is a way for me to say thank you to an artist for creating music.