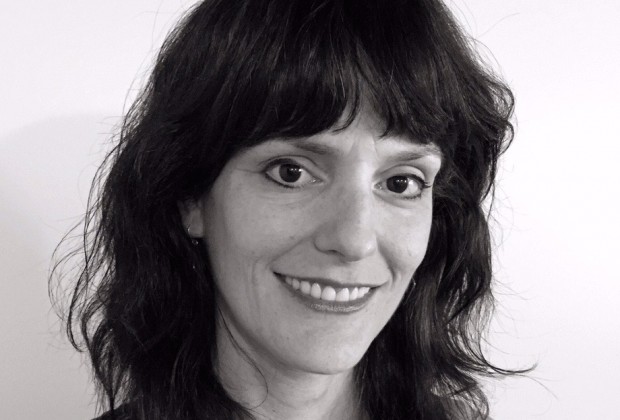 Karen Scott is the Vice President of the Artist Action Team at the progressive communications firm FitzGibbon Media. There she connects musicians and artists to the various causes and campaigns the firm is working on. From pushing to end nuclear proliferation to lifting the veil on child sex trafficking in the US – artists are a part of a comprehensive campaign and communication strategy that breaks through and creates change. Prior to her position at FitzGibbon, Karen managed music and entertainment relations for Amnesty International. There she was head liaison on Amnesty’s involvement on the North American leg of the U2 360 Tour as well as the Van’s Warped Tour. Karen was also Executive Producer and media spokesperson for the critically acclaimed album, Chimes Of Freedom: The Songs of Bob Dylan Honoring 50 Years of Amnesty International.

She started her career in management working with Joan Baez, Kyuss and others and subsequently was hired by ICM and worked with such artists as Rod Stewart, Rush, Slayer and Cheap Trick. She then moved forward to VH1 where she coordinated the office of the EVP of Talent and Music Programming and oversaw major events such as: Divas, The Fashion Awards and The Concert Of the Century at The White House. Karen has also spent time managing major label artists.

Karen will be moderating the Music Meets Activism panel at South by Southwest on Friday, March 15 from 3:30PM to 4:30PM in the Austin Convention Center, Room 15. We asked her a few questions about the panel:

I saw the panel picker the day before the deadline, and the idea just poured out of me. It’s been something I’ve wanted to do for quite sometime, so it was all there in my head and I think that’s why I was able to pull it together in 24 hours. I am passionate about the work that I do and saw the opportunity to be able to share that with others in the supportive environment that SXSW offers.  SXSW has hosted panels about music and activism in the past and my hope is that our discussion will inspire others to continue to have these conversations in the future. I’ve spent the last 5 years out of my career working to merge the worlds of music and activism together.  My background and experience working in the music industry (especially music management) gave me the knowledge I needed to be able to find the right way to approach an artist on an idea and come up with unique and creative ways to mutually promote the cause and the artist.

I am so incredibly proud about the talented and dedicated group that will represent this panel.

Hillary Zuckerberg and I have had very similar backgrounds – she too comes from working many years in the industry as a promoter and as a manager and now she runs the Artists Against Hunger & Poverty program at WhyHunger.  She’s incredibly successful at working on a grassroots level with local and regional musicians and also at a larger more national level.

Mikel Jollett, singer/songwriter of the band The Airborne Toxic Event, and I met while I worked at Amnesty International. He and I worked on a couple of initiatives together. One for human rights in Iran – and the band donated a song to Amnesty’s 50th Anniversary Dylan album.  He and the band have supported Wounded Warriors more recently and we thought it would be interesting to hear how the band decided to get involved with these initiatives and how it affects them.

Brandon Deroche has a unique background. Not only was he in a band, but he has marketing experience along with fundraising through music. He also runs the band Incubus’ foundation and has a philanthropic startup called The Urgency Network. Brandon brings an exciting entrepreneurial spirit to the panel. He’s always thinking about new innovative ways to merge music and activism together.

Mike Mills is a musician and most people know him as being in the band R.E.M.. R.E.M., in my opinion, are one of the most socially and politically active bands ever.  Yes they are an internationally acclaimed band who have supported causes all over the world, but they also support local causes in their hometown of Athens, GA.

Each person brings such a unique perspective. I almost wish we had 2 hours instead of 1!

I hear a lot of musicians say “I want to do something” – but they don’t know what or where to start. It can sometimes seem rather daunting at first.  We want musicians who are in the audience to feel like this is an open comfortable space to start exploring or if they have started, they can learn a bit more. You have an incredibly powerful tool being a musician. Your voice. Whether it’s literally your voice, or it’s your piano, your lyrics or your DJ rig… Music has a way of crossing boarders and bringing people together. Music is powerful. You don’t have to be Bob Marley, Bono, Tom Morello or Joan Baez, up there on the front lines to make a difference. Every voice counts, whether it’s performing at a benefit or volunteering at your local food bank – we all should care about each other a little bit more.

To feel inspired, excited and motivated about the idea of lending a hand.  Whether you are a manager who wants to explore new opportunities for your bands, or you are a curious musician. We would love for people to walk away with an open heart and perhaps take the next step in supporting a cause.