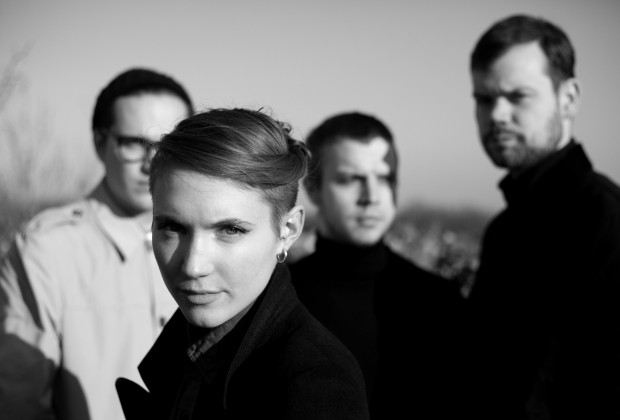 London-via-Kendal four piece Woman’s Hour have just signed to Secretly Canadian and have released their first single for the label “Her Ghost”. Placing the heart-wrenching vocals of Fiona Burgess against an intricate backdrop of expertly-crafted electronic textures, the new song finds its power through restraint with the band’s attention to the smallest of details reflected in the richness of the end result. At once achingly subtle and breathtakingly powerful in its melodic display, “Her Ghost” is testament to a band fully in command of their unique identity and sound. Woman’s Hour are Fiona Burgess, William Burgess, Josh Hunnisett and Nicolas Graves.

As a lead-up to South by Southwest, The Noise Room is talking to bands and artists performing at SXSW. Here’s what Fiona of Woman’s Hour had to say:

It’s our first time playing there so we’re really looking forward to playing to new audiences and discovering some new music.

We’ve just released a single called Her Ghost which is our first release on Secretly Canadian.

I’ve not planned to see anything specifically so I’m hoping to stumble across something new that I like.

Playing with a minimal set up is going to be a challenge, but we like challenges.

No. I think we’ll need some though!

We’re playing a handful of shows but nothing too crazy so we’re hoping to check out what’s on offer. That’s the plan.

What is the best way for people to contact and connect with you?