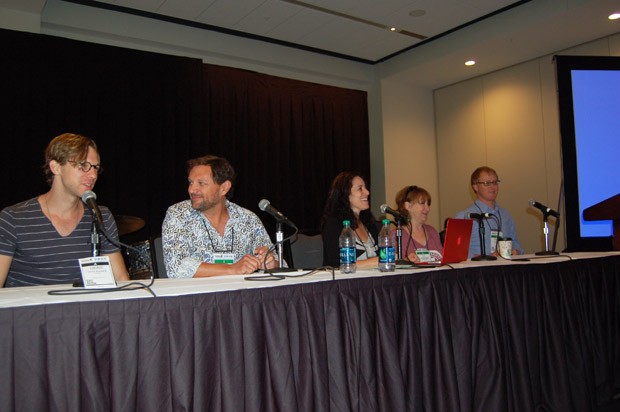 Laura B. Whitmore is a singer/songwriter and guitarist based in the San Francisco bay area. A veteran music industry marketer, she has spent over two decades doing marketing, PR and artist relations for several guitar-related brands including Marshall and VOX. Her company, Mad Sun Marketing, represents 65amps, Agile Partners, Dean Markley, Notion Music, SolidgoldFX, Guitar World and many more. Laura writes a column for Guitar World that focuses on female guitarists and was instrumental in the launch and continued marketing of the Guitar World Lick of the Day app.

She will be moderating the Badass Guitar Apps panel at South by Southwest on Thursday, March 15 from 2:45PM to 3:45PM in the Austin Convention Center, Room 9ABC. We asked Laura a few questions about the panel: 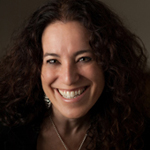 I have worked in the music industry for over 25 years, and recently I have had the opportunity to launch and market several guitar and music related apps. The potential for apps to influence how music is written, recorded, and performed is truly amazing, and I believe we are at the start of a new era in music making! It is so exciting for me to see this rapid advancement, and I thought it would be very interesting to share some direct thoughts for key influencers in the guitar apps area.  Apps I currently work on include Guitar World’s Lick of the Day, Agile Partners’ AmpKit and Guitar Toolkit, and Notion Music’s new NOTION app for iPad.

Brad Tolinski, the Editor in Chief of Guitar World, Revolver and Guitar Aficionado. He is the mastermind behind Guitar World’s Lick of the Day app, which has been hailed as a groundbreaking and innovative way for a media outlet to bring something completely different, fresh, and applicable to its target market without just rehashing their usual content. Tolinski has been an innovator in other areas as well, spearheading very visible events like the Golden Gods awards and the recent Rock and Roll Roast of Zakk Wylde which took place in January. I think viewers will be very interested to hear what this trendsetter has to say about how apps fit into the picture.

Scott Roth is a partner at Agile Partners, the developer who has been a pioneer in guitar apps. Their GuitarToolkit has won numerous awards and is really a go-to app for any guitarist. In addition, they created Ampkit, which is used by musicians from amateur to pro worldwide, and has enabled guitarists to play, record and share their music using only an iPhone or iPad. This is a direct example of what I was saying before…new tools that free musicians to create in new ways!

Harold Lee is the developer of Rock Prodigy, which is another take on learning guitar using your iPad or iPhone. This app takes the idea of Guitar Hero ten steps further, enabling players to use their own guitar and learn progressively. Rock Prodigy listens to your guitar, shows you what to play, and gives you points for hitting the right notes. The idea is to take the video game concept to the next level and evolve it into a real tool for learning and performing guitar.

Ben Bruce of Asking Alexandria, a British metalcore band, is the final panelist, newly confirmed! Ben is the founder and lead guitarist of the band, and performs hundreds of shows worldwide. I thought it would be really interesting and fun to hear his point of view as a professional. How does he use guitar apps? Has it changed the way he writes and records? What does he think app makers could do better? All of these points will be addressed, and he will add a very interesting, relevant, and somewhat irreverent (!) perspective to the discussion.

Musicians everywhere should learn about the new tools that are available to them to make and distribute their music. It’s truly mind boggling when you realize how many new and significant applications are out there that musicians can benefit from. It’s incredibly interesting to hear directly from the developers and influencers about how and why these products where made and what they see as the next step. And to hear about the benefits and even what these applications are lacking, but knowing how that will be addressed in the future. And the perspective from Ben as a professional musician and how he uses and plans to use apps in the future will help other musicians understand their potential.

My goal is to expose the amazing potential of using apps for music making and guitar playing in particular. And to realize that the people behind these apps are exceptionally thoughtful and creative when they build them. They are all musicians who want to be able to bring players of all levels, types, and locations around the world new ways to learn and play guitar. I want viewers to understand the options and how accessible they are. And I want them to walk away saying, “Damn, that was really cool and fun!”

Come check it out! We’ll be giving away download codes for some of the apps to lucky attendees!