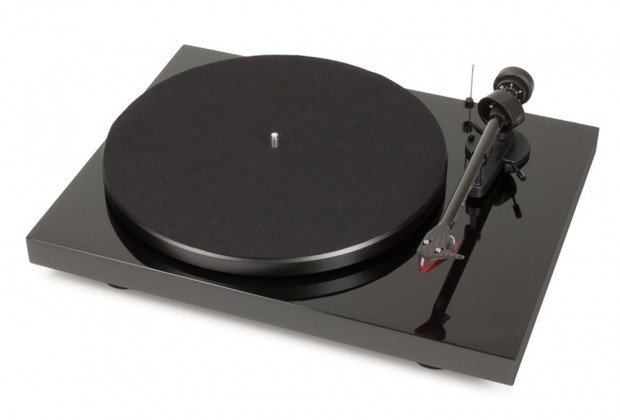 I have a friend who, along with his band, has been working on a new album. He sent me a link to the songs to get a preview of the work. In addition to the strong songwriting and musical performances, the recording sounded crisp and well produced. I let him know what I thought and he responded, “Wait ’til you hear it on vinyl!” Now I’ve been planning on getting a turntable for some time but that comment put me over the edge. I was considering the Rega RP1 but, after reading some reviews and comparisons, decided on the Pro-Ject Debut Carbon in black.

As a teenager, vinyl was pretty much the only medium to buy and listen to music. When I made my move to the West, most of the records I had didn’t make it. But, over the past few years I’ve participated in a some Kickstarter campaigns including Hark! …And Other Lost Transmissions from Miracle Parade and  All My Lovely Goners from Winterpills. Those campaigns along with random releases and the few albums that I still had from my early days gave me a small but growing vinyl collection. After unboxing, assembling, and connecting the new turntable to my stereo, I spent a few hours with the vinyl that I had.

Usually I listen to music from a digital source on devices such as computer speakers, ear buds, and Airplay boxes streamed to my stereo. Did the vinyl sound better? I think so. But I’m not sure how the intimacy of playing music this way impacted the way I heard it. I’m used to just clicking my mouse to get a never-ending stream of music but with a turntable, there is some effort involved. First you have to choose what you want to hear, then carefully pull the album out of its cover and gently place it on the turntable. There is artwork and liner notes that made me think about how the music was created and where it came from. When the needle finally drops onto the record, you can’t help paying attention to it.

So far I haven’t compared vinyl to digital but I will over the next few weeks. For now I plan to enjoy listening to what I have and look forward to increasing my vinyl consumption. I can’t wait until my friend’s new album comes out!

If you have some album suggestions or can steer me towards some Kickstarter campaigns that include vinyl, drop me a line or leave a comment below.